Perry had now been
human for about 3 weeks and seeing Doofenshmirtz everyday was
starting to become more awkward. It was just the way Doofenshmirtz
looked at him and acted around him, it was all sotense. The blush
in his cheeks hadnt been that strong since he invented the ball
gown inator. He still hadnt given him a proper reason WHY he had
invented that anyway. Even when they fought whenever their hands met
there always seemed to be a pause and the glint in the doctors eye
said were holding hands. Although even though it was mainly
Doofenshmirtz who acted this way around him, Perry knew that whenever
the doctor blushed he was usually blushing with him. He couldnt
take it anymore he had to get this sorted out.

Doofenshmirtz
was stirring in his sleep hugging his pillow tight towards him. All
these feelings, all these thingsthey were taking time away from
his evil. Butit was just something about the Platyperson
thatmoved him. Gah! But he was almost a boy, a teenager, a scrawny
little child! There was no way that could affect him. He had never
felt like this before, torn. His cheeks turned a deep red as he
hugged his knees. He couldntlove Perry. He thought it through,
the way he was acting, the way he couldnt stop thinking about him,
the way he felt when their skin metDoofenshmirtz swallowed the
lump in his throat. He held back the tears in his eyes running
fingers through his hairhe just couldnt. It was just so wrong!
He ran for the door. he needed a walk, now!

END_OF_DOCUMENT_TOKEN_TO_BE_REPLACED 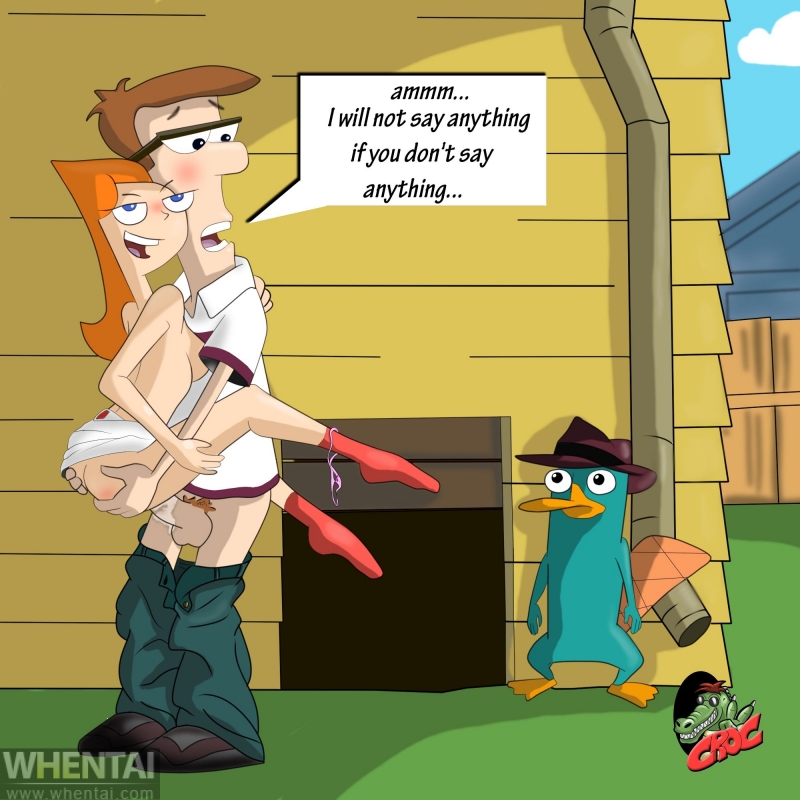